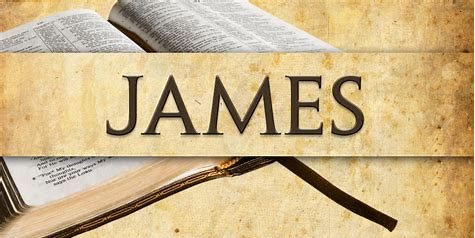 As we come to the end of James’s letter, it is essential to review the entire chapter to rightly understand the last eight verses in the correct context. James chapter one deals with handling trials and temptations and the importance of doing what the Scripture says, not merely listening to it. Chapter two warns against the sin of partiality and again emphasizes the importance of obeying the Scripture. Chapter three deals with how we speak and being honest. Chapter four deals with pride and strife. And chapter five begins with an explanation of why rich oppressors will be judged and the need to be patient and persevere in trial, specifically being long-tempered when dealing with difficult people. That is the context that we are dealing with, and that is important to keep in mind as we read the last portion of James.

James 5:13-20 NKJV “Is anyone among you suffering? Let him pray. Is anyone cheerful? Let him sing psalms. Is anyone among you sick? Let him call for the elders of the church, and let them pray over him, anointing him with oil in the name of the Lord. And the prayer of faith will save the sick, and the Lord will raise him up. And if he has committed sins, he will be forgiven. Confess your trespasses to one another, and pray for one another, that you may be healed. The effective, fervent prayer of a righteous man avails much. Elijah was a man with a nature like ours, and he prayed earnestly that it would not rain; and it did not rain on the land for three years and six months. And he prayed again, and the heaven gave rain, and the earth produced its fruit. Brethren, if anyone among you wanders from the truth, and someone turns him back, let him know that he who turns a sinner from the error of his way will save a soul from death and cover a multitude of sins.”

Like earlier in the chapter, suffering is a Greek word meaning to endure cruel treatment by people. Sickness has two meanings in Greek; one represents physical sickness, the other emotional or spiritual weakness. In the context of the previous verses (7-12), we must conclude that it refers to weakness from enduring harsh treatment. Many denominations and movements use verses thirteen to fifteen as a promise of physical healing in this life. Still, after reading and studying James verse-by-verse, we cannot come to that conclusion. The suffering and sickness discussed in these verses are the sufferings of brutal treatment and the emotional and spiritual weariness that results. In Scripture, we see that we should expect hardship in this life; let’s look at two passages that encourage us amid hardship.

2 Corinthians 1:3-4 NKJV “Blessed be the God and Father of our Lord Jesus Christ, the Father of mercies and God of all comfort, who comforts us in all our tribulation, that we may be able to comfort those who are in any trouble, with the comfort with which we ourselves are comforted by God.” God will comfort us in our tribulation; that is what the prayer of faith does; it brings us comfort.

2 Timothy 2:3 tells us to endure hardship as a good soldier. James chapters one and five both mention endurance. The anointing of oil mentioned in James 5:14 is considered a faith-filled ritual in most churches; however, in its original context, it was oil rubbed on wounds, likely because of the persecution they were experiencing. It could also be better understood in the context of the elders encouraging weak Christians in their faith. James includes the story of Elijah to remind us of the power of prayer.

The last two verses switch focus from a weak Christian to turning a sinner from their sin. “Brethren, if any among you wanders from the truth, and someone turns him back, let him know that he who turns a sinner from the error of his way will save his soul from death and cover a multitude of sin.” In all his practical instruction, James does not neglect the most important thing, the one who wanders from the truth. Jesus gave a parable of a shepherd leaving his ninety-nine sheep to save the lost one, and James emphasized that concept at the end of his letter. It seems a little abrupt with no formal closing, but James wanted those who wandered off to come back to the truth.

As we end this study of James, I offer encouragement to the weary believer and a plea to those who have wandered, return to the truth, and repent of your sin that you may be healed.